What are the side effects of Sleep Apnea? | Arlington VA

What are the side affects of Sleep Apnea? 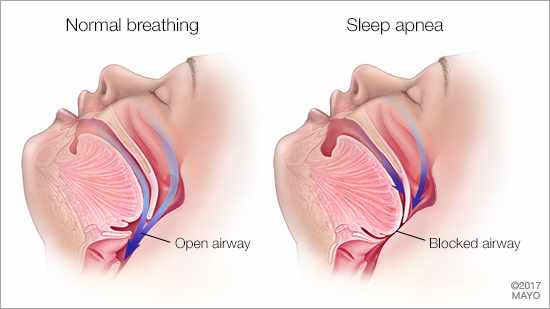 Sleep apnea is a condition characterized by the halting of your breath unconsciously while sleeping. The stoppage of breath activates all brain sensors to wake you up and start breathing. The primary etiology of sleep apnea is the obstruction of the respiratory pathway, which causes the breathing to stop, and each time breathing is restarted, a loud snore-like noise is produced.

These disturbances cause poor sleep quality, and you feel fatigued even after sleeping the whole night. Sleep apnea is a complex disease and is not merely related to your sleep. Numerous bodily mechanisms and processes are immediately affected by sleep apnea. Thus, sleep apnea has various other side effects that require medical attention for relief.

Here's a list of common side effects caused by sleep apnea:

The most common and widely seen side effect of sleep apnea is always being exhausted and poorly rested. This deprivation of sleep causes increased drowsiness and a lack of alertness during the day.

A significant side effect of sleep apnea is its effect on the respiratory system. Due to the depletion of the body's stores of oxygen due to airway obstruction, there is a decrease in the respiratory capacity of the individual. It is also proven to worsen symptoms of Asthma, Emphysema, Chronic obstructive pulmonary disease, and Bronchitis.

A high number of research studies have proven the association of sleep apnea with increased advancement of insulin resistance. Insulin resistance in simple words is the lack of response of body cells to the hormone insulin. This disrupts your energy metabolism and causes a chronic rise in your blood glucose levels. This adaptation of the body to not respond to insulin can also lead to the development of type 2 diabetes mellitus.

Increased risk of development of the metabolic syndrome

The most concerning side effect of sleep apnea is the developmental risk of metabolic syndrome. It is a collective term that includes a higher risk of several heart diseases like high blood pressure and high LDL cholesterol, high blood glucose levels, and increased waist circumference measures.

Sleep apnea might also reduce your sex drive. It can increase the risk of premature ejaculation and erectile dysfunction.

A very peculiar side effect of sleep apnea is the sensation of numbness and tingling in the body extremities. This is caused by the condition of Central sleep apnea that suppresses the brain signal which causes breathing.

A dangerous side effect of sleep apnea is its effect on liver functioning. It increases your level of liver enzymes, liver scarring, and risk of developing nonalcoholic fatty liver disease.

An increased disturbance in sleep caused by sleep apnea causes a chronic increase in both systolic and diastolic blood pressure. Higher blood pressure also increases your risk of developing other comorbid cardiovascular conditions.

Sleep apnea dramatically causes a rise in your weight and body fat percentage. These markers indicate higher obesity risk, which is further related to the development of the metabolic syndrome.

Due to obstruction of the respiratory pathway, a negative pressure is developed in the diaphragm. This negative pressure causes compression of the esophageal tube that can cause the reflux of all the stomach contents. The most common side effect of sleep apnea is Gastroesophageal reflux disease (GERD) and heartburn.

Sleep apnea is thus associated with a range of medical problems that affect one or more organ systems. Getting a correct diagnosis and treatment by a medical practitioner is extremely important to reduce the risk of developing further comorbidities.

At Gorgeous Smile: Ahmed Salim, DDS , we provide the highest quality dental care to all our patients. Schedule your appointment today.